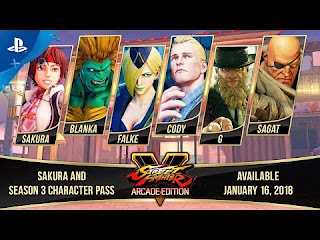 Cody Travers has served his time behind bars, but has now become the new mayor of Metro City. Although quite busy with his everyday duties, he will arrive in Street Fighter V: Arcade Edition on June 26 as the fourth character of Season 3! Cody’s move set in Street Fighter V: Arcade Edition resembles those from his previous appearances, but altered to fit his new spiffy style.

Cody is available individually for MSRP $5.99 or 100,000 Fight Money OR as part of the Season 3 Character Pass for MSRP $29.99, which unlocks Sakura, Blanka, Falke, Cody, G, and Sagat as they become available.