‘8-Bit Hordes’ and ‘8-Bit Invaders!’ are conquering PlayStation®4 and Xbox One 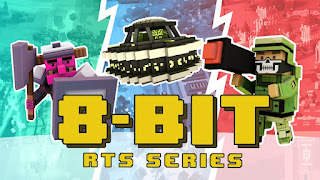 Rotterdam, The Netherlands - August 7, 2018 - SOEDESCO dropped a bomb today: 8-Bit Hordes and 8-Bit Invaders! will make their way to console! Both of the colorful and fast-paced RTS games are coming to PlayStation®4 and Xbox One digitally, and to PlayStation®4 physically. Their predecessor with modern military units, 8-Bit Armies, is already available for pre-orders on PS4™ and Xbox One. All three games in the 8-Bit RTS Series feature cross-title Multiplayer, which is showcased in a brand new trailer.

8-Bit Hordes
8-Bit Hordes is a fantasy themed RTS in which players can storm castles, slay dragons and raid haunted cemeteries. There are two factions to battle with: The daunting Orcs and their undead allies of the DeathSworn, or the brave elves, humans and dwarves of the Lightbringers.

8-Bit Invaders!
8-Bit Invaders! is a sci-fi themed RTS in which the Multiverse is your battlefield. Players can fight with one of two factions, the sinister Cranioids or the military might of the Galactic Marine Corps.

Cross-title Multiplayer
Unlike any other console game, all three games in the 8-Bit RTS Series allow for cross-title Multiplayer. This means that players can combine the different factions and maps, battling with fiery dragons against flying saucers and massive tanks. The new trailer gives an impression of what it looks like when these three totally different worlds come to an annihilating clash!

Features
Fight cross-title battles between Armies, Hordes and Invaders!
Jump right into battle with an easy controller scheme
Conquer an array of Singleplayer missions and campaigns
Team up and play with or against your friends in Multiplayer
Enjoy epic soundtracks by legendary music composer Frank Klepacki 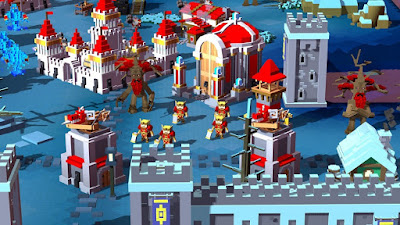 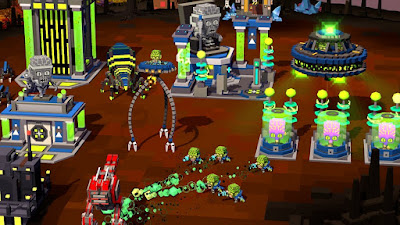