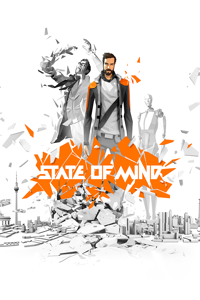 Berlin, 2048 – The world is on the brink. Lack of resources, illnesses caused by polluted air and water, crime on the rise, war. Governments and companies promise remedies through technological progress. Drones and humanoid robots replace humans in the public sector, everything is interconnected, surveillance has become omnipresent.

The luddite organization “Breakpoint” opposes these developments. According to them, the transhumanist dreams of the rich and powerful will lead to a nightmarish dystopia: Two-class society, civil unrest, the end of biological humanity. “Breakpoint” is no longer content with being an underground hacker organization – they are armed and ready for an uprising.

What will the world look like after this storm, what will remain of humanity?

Email ThisBlogThis!Share to TwitterShare to FacebookShare to Pinterest
Labels: State of Mind